President APK is one of the best Game card app. Play the famous President card game !. It has been download 11839 times on Google Play and submitted by Eryod Soft.

Here, you can download President for Android using two different ways: install directly from Google Play or download the Apk file of President . 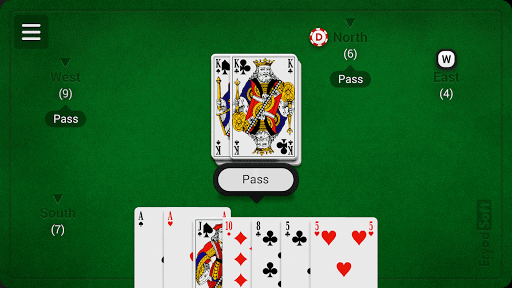 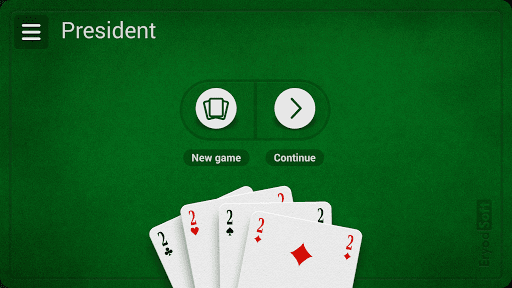 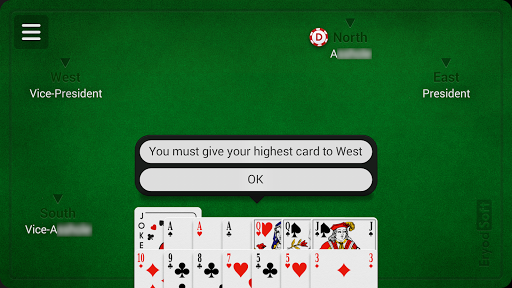 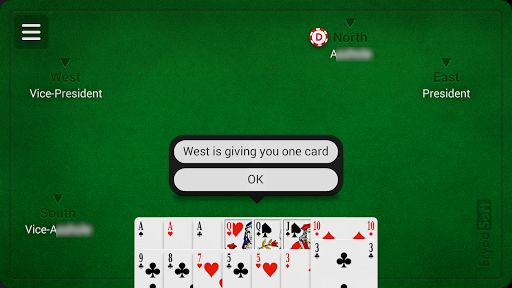 Play the famous President card game on your Android Smartphone or Tablet !!

Get rid of all your cards as fast as possible, to be the next President ! Do not finish last !

Game from 3 to 7 players.
Play against opponents simulated by an advanced artificial Intelligence.

Easy to use, the game is very fast and responsive, with card animation for a more realistic gameplay, and hd graphics.

Several variants of the President game are included in the application :

Any question about the game ? [email protected]

Yes, You can download the APK file for President 2.2.3 from APKDAD. Please note: President - Card Game + APK is the property and trademark from Eryod Soft, all rights reserved by Eryod Soft.

1. How can APKDAD guarantee 100% security for President - Card Game + Apk?


2. Can I update the President Apk from the Play Store when I install APK from APKDAD ?